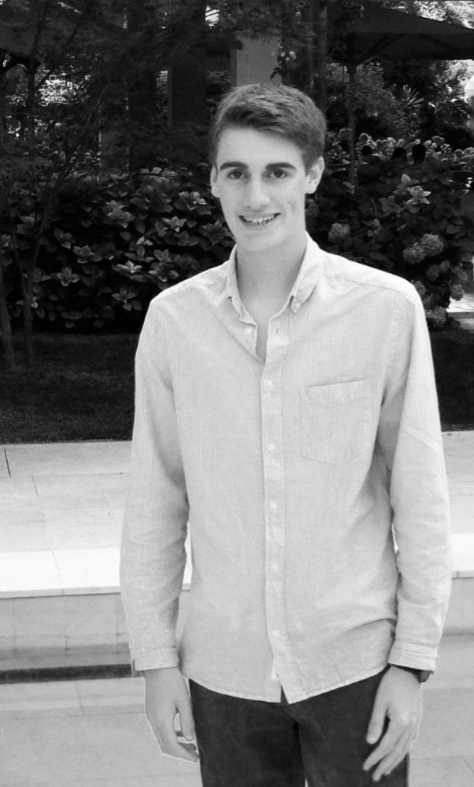 After finishing school in Year 11 the natural next step was to go onto Sixth Form. I was never 100% sure on what I wanted to do when I was ‘older’ and had much admiration for those that were confident they wanted to go to University to study Maths, Geography or Medicine.

I was still not sure, so I followed everyone else and signed up to UCAS to start looking at possible University options. Trips around the country followed, where I visited UWE, Oxford Brookes, Bath Spa and Surrey. All of them appeared interesting; however I found it difficult to see myself at any of them. None of them really persuaded me that I was on the right path.

Feeling quite deflated, I prepared and submitted my UCAS application with no real desire to go to any of my chosen Universities. I selected my particular course (Business Management) because it offered a year in industry. This excited me as it was a chance to practice what I was learning in a real work environment, while still getting paid…..

…..I’m sure you know where this is going.

Then it hit me, I could do a ‘year in industry’ every year without having to move away from home and having to pay high tuition fees. I finally opened my eyes to the idea of an Apprenticeship, with its straight forward earn and learn philosophy; I knew it would be perfect for me.

The next challenge was to find the right Apprenticeship. I was in an area I knew nothing about so chose to seek out the help of the teachers and tutors at the Sixth Form. A visit from Worcestershire Apprenticeships helped significantly. They directed me in particular to the Government Apprenticeships website, but vacancies were limited as it was early January. I searched everyday as well as doing mail-outs to local businesses. This comprised of emailing my CV to businesses I found on Google Maps which fitted the business environment I was looking for.

In the meantime my University application was whirring away and I started to receive conditional offers. This had the opposite effect than I thought. Rather than studying the university more closely to see which one would suit me best, I persevered with searching for the right Apprenticeship. Receiving these offers just made me want to do something different even more.

Surprisingly, those around me who appeared confident that university was the best thing ever started to wane, and many people reconsidered their options or deferred their place for a year. They had not discovered the idea of Apprenticeships as I had, so stuck to the more conventional gap year alternative to a University approach.

I did not stop in my quest to find the best apprenticeship for me, and while on holiday I found one at Warwickshire Police and West Mercia Police, based in Worcester. After picking up my A-level results in the morning, I dashed to get changed and off I went for my interview in the afternoon. Now there was no turning back.

I was successful in the interview and secured a position within the Human Resources team, completing an NVQ Level 3 Business Administration Apprenticeship. Having now been working for 5 months, I can put my hand on heart and say it was the right decision to put mind over matter and not follow my friends to University because it was the ‘cool’ or the only option.

I complete the same tasks as my colleagues, ranging from scheduling and coordinating interviews, taking DNA and fingerprint samples and placing job adverts online. None of these amazing opportunities and activities would be open to me at my age of 18, if I had gone to University.

My advice to students in Year 11, 12 or even 13 is to not follow everyone else because it’s the easy option. Following your instincts will lead to the right option, with perseverance and the right advice.

Becoming an Apprentice is a stepping stone to a fantastic career in your chosen industry and can really open your eyes to the wider world of work.

I am now actively encouraging Apprenticeships, particular for the Police Force as I believe so passionately about the hidden opportunities they possess.