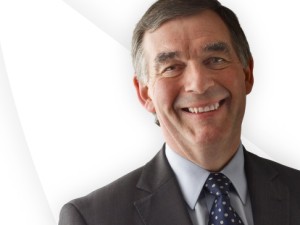 This week’s blog is dedicated to successful people who started their career pathway as an apprentice.

There are many celebrities who started their pathway through an apprenticeship. This includes Jamie Oliver, Henry Ford, Alexander McQueen, Ross Brawn, Laurence Graff, and Karen Miller. These are people who have been successful in their field of work and have become recognised for the success achieved. There are, however, many more people who also started their career pathway through an apprenticeship, who have been just as successful in their chosen industry and led very interesting lives, but who may not be a household name because of the industry they work in.

A few weeks ago I had the privilege of meeting Allan Cook, CBE, who is chairman of the Science, Engineering and Manufacturing Technologies Alliance (SEMTA) and has led quite an incredible, and varied life. We met in March this year at the annual SEMTA skills awards show in London when he congratulated me on being awarded Best of British Engineering 2017.

Allan started out as an electrical apprentice working for his father’s electronics firm after he left school aged 16. He had always been very practical and had enjoyed engineering, but also recognised a need to push himself forward into a career whilst continuing his education.

Upon completion of his apprenticeship, and with the advice of a college tutor, Allan decided that he would pursue an Honours degree in Electronic Control Systems Engineering at Sunderland University. There were 22 people on the course, the majority of whom were in a similar position to Allan by way of industry experience and vocational qualifications achieved through an apprenticeship.

Allan’s dad had a huge influence on him, he was a skilled craftsman and had a great work ethic. Three pieces of advice his dad had impressed on Allan from an early age were;

Upon finishing university with a Second-Class Honours degree, Allan was offered three positions at firms around the country. He chose to work for electro-optics firm Ferranti, in Edinburgh. They were industry leaders of laser gyroscope electro-optics and it was really exciting, cutting edge, stuff!

Since then Allan hasn’t looked back, he has held many titles at several different companies and institutions over the years. Managing Director of Bourns/PMI responsible for European Manufacturing and Sales. Head of Scottish Operation for Hughes Electronics. Chief Executive of Cobham from 2001 until 2009 where he became non-executive director of WS Atkins. Deputy chairman of Marshall of Cambridge (Holdings) Limited and a member of the operating executive board of J.F. Lehman & Company. He is chairman of the Skills & Jobs Retention Group, also lead non-executive member of the Departmental Board for the Department for Business, Innovation & Skills, and he was awarded a CBE in the Queen’s New Year’s Honours list in 2008. He was chairman of UKTI’s Advanced Engineering Sector Advisory Board until October 2013. He is a fellow of the Royal Academy of Engineering where he is Vice President and serves as a trustee for the Academy. He also chairs the Academy’s employer-focused Diversity Leadership Group, part of the BIS STEM Diversity Programme.

Allan credits a lot of his success to “right place, right time”. “I feel so lucky to have worked with the people and companies I have worked with over the years. The engineering I have been involved with, and the people I have met along the way are so cool! They do some amazing things. I’ve never felt like it has been work, I’ve always enjoyed it.”

The advice Allan would give someone who is just beginning to take their first steps on the career path is, “Explore all opportunities out there, and there are loads of them! It is tiresome sometimes but be resolute in looking for what those opportunities may be. Absorb, and take on, as much advice as possible, from as many people as possible.”

Having met Allan, and spoken with him over the phone, I can see why he has been so successful. Just talking with him you feel instantly engaged and hearing about his life has been inspirational. So to those of you out there who are not sure about which pathway to choose, and which to start down. Just know that an apprenticeship is only the beginning of your career. What an apprenticeship does is allow you to apply yourself, work hard, and with drive and determination, you will be in a much stronger position to be successful in your chosen industry.

If you know someone who you feel has worked hard during their apprenticeship, and has gone above and beyond what is expected of them, nominate them at the next SEMTA skills awards 2018 later this year. Nominations will close end of November 2107 http://semta.org.uk/aboutus 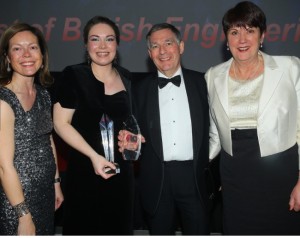