National Apprenticeship Week 2017, during its 10th annual celebration, brought together employers and apprentices from across England to celebrate the success of apprenticeships over the last decade and has encouraged even more people to choose apprenticeships as a brilliant choice of pathway to a great career.

During this week, many different organisations, schools, and employers, helped to raise awareness that the time is right for the potential apprentices to get the skills they need for a great job, and for employers, how they could grow their own talent whilst developing the skilled and qualified workforce they need.

Below is a little insight into how the most important week in the Apprentice Ambassador calendar has shaped up!

Both last week and this week I travelled to local schools – Pershore High School and Hanley Castle – for talks on Apprenticeships. This was a great opportunity to speak with students from year 7 through to 13 about the different pathways available to them. Stephanie from JSC Rotational Ltd also told us her story about her own apprenticeship during the Pershore High School Assembly. Something I will always find fascinating is that everyone has their own apprenticeship story. They are all so different! Yet we are all working towards the same goals – wanting to gain a qualification whilst working on the job and learning the skills necessary in our chosen trade. Speaking in front of 300 students was daunting but we both felt that, by the end of the assembly, we had connected everyone there in one way or another. 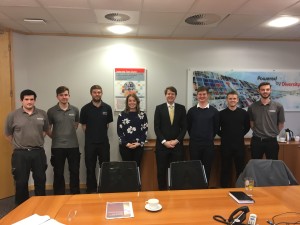 On Friday March 3rd Southco Manufacturing Ltd and I welcomed our local MP – Robin Walker for a Question and Answer with the Southco apprentices, and a facility tour of the manufacturing site. Robin is a former Parliamentary Apprentice Champion and has been involved in several apprentice events over the past few years, including a Skills Show held at the Worcestershire Guild Hall, and a “100 in 100” event held to promote apprenticeships through the Worcester news outlets. The apprentices were eager to discuss their own stories with Robin about their apprentice pathways. Robin was also keen to understand the support they received from family and friends, and their future aspirations within the business. Having visited the Worcester facility a number of years ago, Robin was impressed to see how it had adapted and changed to suit the needs of increased demand in capacity from a number of high value projects. 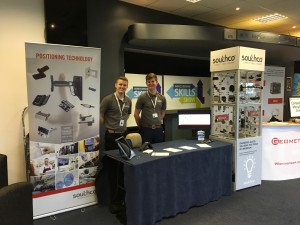 The 3rd annual Worcester Skills show, during both National Apprenticeship Week and National Careers Week, was not to be missed this year. Bigger and better than ever, we saw over 1600 students from across the county come and take in all that Employers, Training Providers, and Colleges in Worcester had to offer. During the day, we saw many year 10 and 11 pupils interested in a wide variety of STEM subjects. The evening did not see an ebb in the flow of parents and pupils either. Industries were out in force and it was great to be a part of that with Southco Manufacturing Ltd. Jack Dennehy and Matt Davies were there from dusk until dawn showcasing what Southco had to offer. There were mock interviews throughout the afternoon and evening to help prepare students for their initial company interviews. All of the hard work put in by everyone at the Skills Show is just what World Class Worcester is all about. 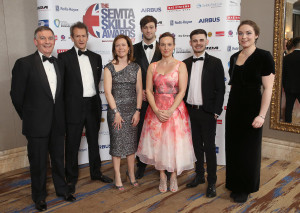 Finally, in a previous blog I mentioned being a finalist for the prestigious National SEMTA awards 2017 in London. Being awarded not only Apprentice of the Year but also Best of British Engineering was a dream come true. A dream that I shared with all who had supported me through my apprenticeship and beyond. This was more than just winning an award. Wednesday night allowed hundreds of people from across the country to come together and celebrate what it means to be successful in STEM subjects and engineering. This industry is one of the backbones of Britain and it is up to each, and every, one of us to ensure that this industry stays strong and versatile during these very turbulent times.

I would like to thank MBDA for sponsoring the Apprentice of the Year award, and SEMTA for organising the event. Massive thanks must also go to my team and support network. You know who you are and I wouldn’t have done this without you.

So! It’s been a pretty busy National Apprenticeship Week 2017! The future of apprenticeships looks bright and I am proud to be part of this movement. Showing that no matter where you start, or what happens along the way, as long as you are enthusiastic, and enjoy what you do, you will succeed.