Happy National Apprenticeship Week to all business, apprentices and training providers! This years theme is ‘Rise to the Top’ which celebrates the contribution that apprentices have made to employers. With this is mind, I thought it would be a great opportunity to introduce you to one of my colleagues whom I work very close with at The Replacement Service.  Also an apprentice.

For those who don’t know, I started my career at TRS just over 2 years ago as a Level 3 Social Media Apprentice and when I joined, I was in the company of only one other apprentice (not the case now!). Joe was a Level 2 Software Developer Apprentice with TDM Wyre Academy and had been with the company for 6 months prior to my arrival. My first impressions was that this guy was incredibly quiet and given my frustrations with technology, I had no idea what he did or how he did it. It just happened. Working with Joe for 2 years now, He is an absolute genius! After completing his Level 3, he could easily go onto his Level 4 and all this whilst developing MI to customers requirements, automated cleansing abilities to data downloads and managing the in-house hardware and software. Such a good egg! It has to be said I hope my potty mouth when trying to complete my own studies hasn’t put him off doing this! My impressions have only slightly changed with him being more vocal and venting his frustrations with computers and printers that I break. It seems my personality traits are transferring onto him. So I hope that I gain from him more than he gains from me!

With a lot of change within the company structure and the services we have broadened out into, it has been a particularity hard but rewarding 18 months. Much of mine and my boss James successes could not have happened without Joe’s support and ability to make what might be deemed slightly impossible, possible! I have never met a young professional as modest as Joe and his programming is used by some of our industry’s giants. As if I don’t pester and MUST annoy Joe enough with breaking everything in the office, asking stupid questions or making him complete riddles and puzzles, I had dragged him to last years Modern Claims Awards… 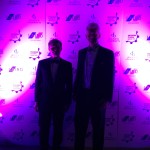 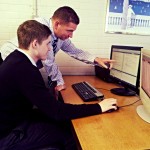 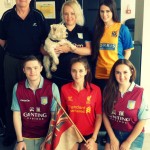 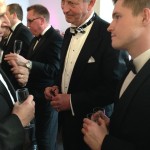 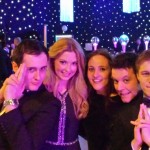 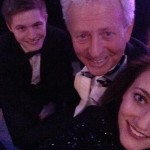 Due to this weeks celebrations and contributions, both Joe and I have the exciting visit to the Houses of Parliament with MP Robin Walker among some other projects. TRS will continue to offer apprenticeships and it has to be said, Joe and I may have given to TRS but we are both incredibly grateful that someone gave us the chance to shine.