Hello! For those who don’t know me, I’m Victoria Rawlings from The Replacement Service in Worcester, currently studying a Level 4 qualification in Marketing after completing my Level 3 Social Media with TDM Wyre Academy. 10 weeks ago, I attended the Worcestershire’s Apprenticeship Awards at West Midlands Safari Park after being nominated for the Higher Level Apprentice of the Year. To be nominated and shortlisted was the first of many surprises.

Those closest to me and my colleagues will know that my first love is food…  Closely followed by my job. It may be a surprise to know that even with my job role I can be shy, (even though I have developed a voice which I believe my colleagues at TRS wish I would lose!) so being put in the spotlight probably isn’t the most comfortable for me and the nerves I felt at the awards had put me off the 3 course meal.. Another first for me.

Once my name had been called out for winning the Higher Level Apprentice of the Year, I actually didn’t register but noticed my mum and boss, whom I was in the middle of, just bolt upright along with the rest of my table and the one next to it. Trying to walk up to the stage whilst everyone was trying to grab me was the first struggle, when all that was running through my mind was not to fall over… Not only did I achieve the award and not fall over but Steph McGovern from BBC Breakfast hugged me and told me I had a great dress on.

What myself, my parents and my boss hadn’t accounted for was there was a final award for Worcestershire Apprentice of the Year. If you ever thought I had a voice, you have not met Mummy Rawlings. As soon as ‘Victoria Rawlings’ had been announced as the winner for the 2nd award, I could literally feel my eardrum burst, along with the shock I felt. I think it was actually commented on how I looked completely surprised. The streamers, clapping, photographs and videos were all a blur. I managed to find a hideous post reaction video on Twitter weeks afterwards!

Thankfully due to the heavy schedule TRS had in 2015, I had the luxury of 2 weeks off for Christmas to recharge the batteries, which was very much needed. Now, already at the end of January (HOW?!), the opportunities and support shown from people within my industry (Insurance….It honestly isn’t that boring) and Worcestershire has been overwhelming and I cannot thank those enough. This month has been even more productive than the whole of last year, with a few more nominations for myself, along with more responsibilities at TRS, studies and the pleasure of working with great people to promote apprenticeships. I’d love to give back to what an apprenticeship gave me. 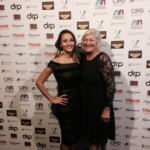 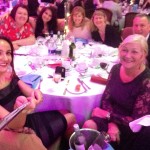 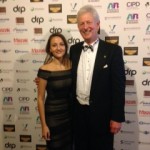 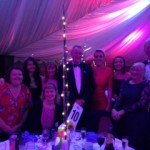 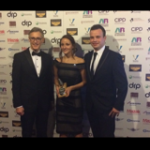 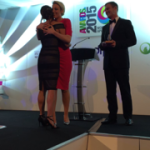